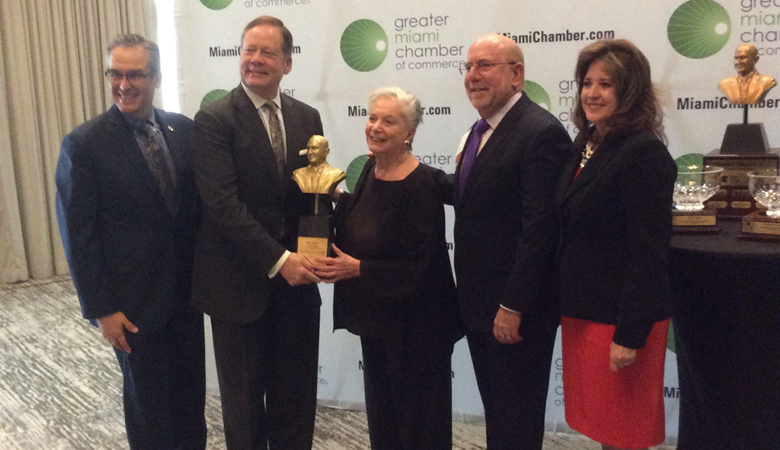 This years’  winners were welcomed by the Honorable Mayor Francis Suarez and award sponsor Allen Morris.  The award was given in three categories, “Young Leader”, which went to Susan Amat, Founder and CEO of Venture Hive, “Organization” awarded to The New World School of the Arts and “Individual” which recognized Ruth Shack for all her work at the Miami Foundation.

An audience of over 320 guests gave Mrs. Shack a standing ovation as she accepted the award from Mr. Israel Kreps, Vice Chair of the New World Center Committee for the Miami Chamber.

They join a prestigious group of recipients which have been recognized since 2014, when Mr. Morris and the Chamber created the award, for their contributions to the development of Miami’s central business core’s economy.