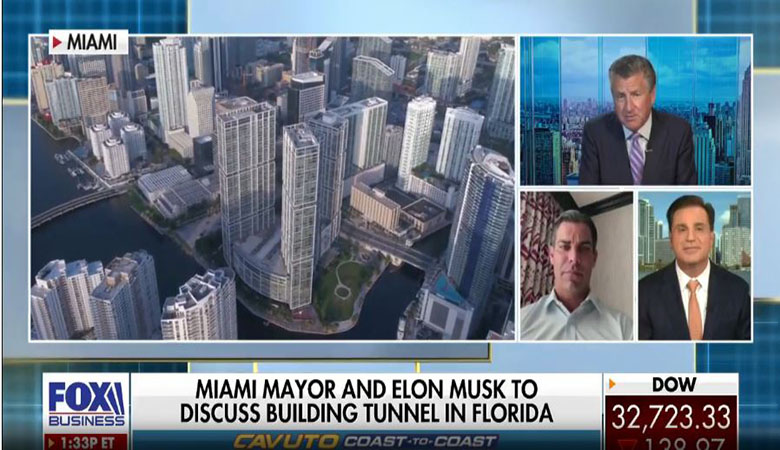 Earlier this month, Miami Mayor Francis Suarez met with Musk in Las Vegas to tour the tunneling company's $52 million system in Sin City and to discuss potentially implementing the technology back home.

Las Vegas has promoted its innovation around the Musk project.

Talks about the possible project first came about in January, when Suarez responded to a tweet in which Musk said that battery cell production is "the fundamental rate-limiter slowing down a sustainable energy future."

Suarez responded with a "couldn't agree more" and invited Musk to Miami to discuss possibilities and "potential solutions for the benefit of our future."

Musk replied back, writing "cars & trucks stuck in traffic generate megatons of toxic gases & particulate, but @boringcompany road tunnels under Miami would solve traffic & be an example to the world."

He added that he already spoke with Florida Gov. Ron DeSantis and that if both Suarez and DeSantis wanted to bring the tunnel to Miami, the Boring Company would do it.