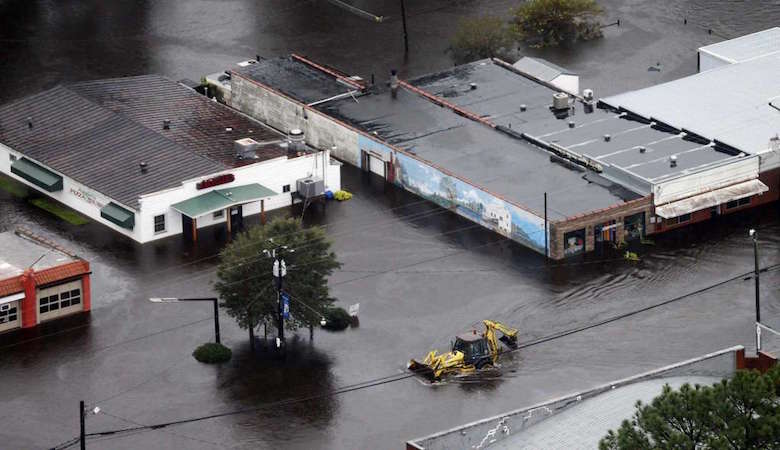 NEW YORK — With the start of the Atlantic hurricane season approaching next month, small business owners can expect to hear admonishments from government agencies about getting prepared.

Disaster prep is something many owners intend to get to, but it gets pushed down the to-do list by more immediate concerns about customers, employees, finances and suppliers. But owners should think now at least about basic disaster planning, including how to protect their employees, computer data and premises.

Meteorologists at Colorado State University issued their first forecast for the season in April, predicting 13 named storms — tropical storms or hurricanes with sustained wind speeds of 39 mph or higher. Five hurricanes are predicted. That compares with the 15 named storms and eight hurricanes in 2018, including Hurricanes Florence and Michael that caused billions of dollars in damage. An average season has 12 named storms and six hurricanes; the hurricane season officially ends Nov. 30.

The National Hurricane Center has not issued its forecast yet, but last week it did warn about a tropical system that was expected to bring heavy rains to the eastern Florida coast.

Although some preparation can’t be done until the last minute, owners can sign up now with data storage and backup services, update their contact lists for employees, customers and suppliers and check in with insurance brokers to be sure their companies are adequately covered. If they’ve been meaning to buy generators in case the power goes out, this is the time to do it — when a storm is on the way, generators quickly disappear from stores.

Owners who want to shelter employees on their premises if necessary should stock up on water and food that doesn’t need refrigeration, flashlights, bedding and battery-operated radios and cellphone chargers.

Evacuation planning is harder to do in advance because of the unpredictability of a storm’s path. As Hurricane Irma approached southeastern Florida in 2017, some residents who evacuated to Tampa in expectation the western coast of the state would be spared had to hurriedly move further north when the storm’s course changed. But once owners know where their staffers will be sheltered, they should have a complete list of locations.

Businesses in inland places rarely hit by hurricanes should do at least basic planning. As Irma moved north, it hit cities like Atlanta, hundreds of miles away from the ocean.

Disaster planning can be highly detailed, and owners may not realize they’re forgetting important aspects of protecting their companies. A number of online disaster prep resources are available from federal and state government agencies, and some include checklists that will help owners decide what they need to do.

— www.ready.gov/business , operated by the Department of Homeland Security

— www.score.org/resource/hurricane-preparedness-checklist , operated by SCORE, the organization that provides free counseling for small businesses

Follow Joyce Rosenberg at www.twitter.com/JoyceMRosenberg . Her work can be found here: https://apnews.com

Copyright 2019 The Associated Press. All rights reserved. This material may not be published, broadcast, rewritten or redistributed.