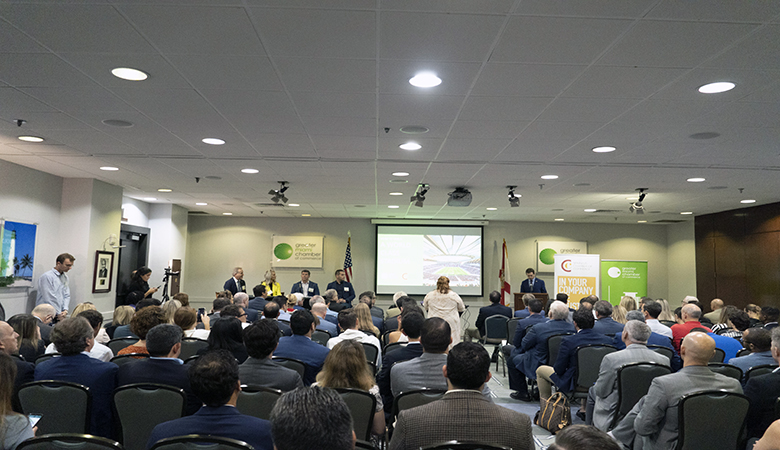 Over 150 guests visited the Chamber for a panel discussion featuring InterMiami CF Managing Owner Jorge Mas, Jose Ortiz of Cruz y Ortiz Arquitectos and former player Kaylyn Kyle. The panel, which was moderated by ESPN’s Fernando Palomo, featured discussion of InterMiami CF’s plans for building a soccer stadium in Miami and what it takes to build an economically viable stadium that provides excellent fan and player experience.

For Jorge Mas, successful stadiums are “an anchor and live when they are surrounded by something that supplements [them]. I look at the stadium as part of the experience not the experience.”

Mas also spoke about the plans for a stadium in Miami Freedom Park. “It’s a site that allows us to be an economic driver and economic engine for our city,” said Mas. “We’ve been able to design into it entertainment, concierge, hotels, a technology hub and an office complex. Our stadium is being built as a multi-purpose facility.”

The stadium is projected to produce 4,000 permanent jobs and $40M fiscal benefits a year. 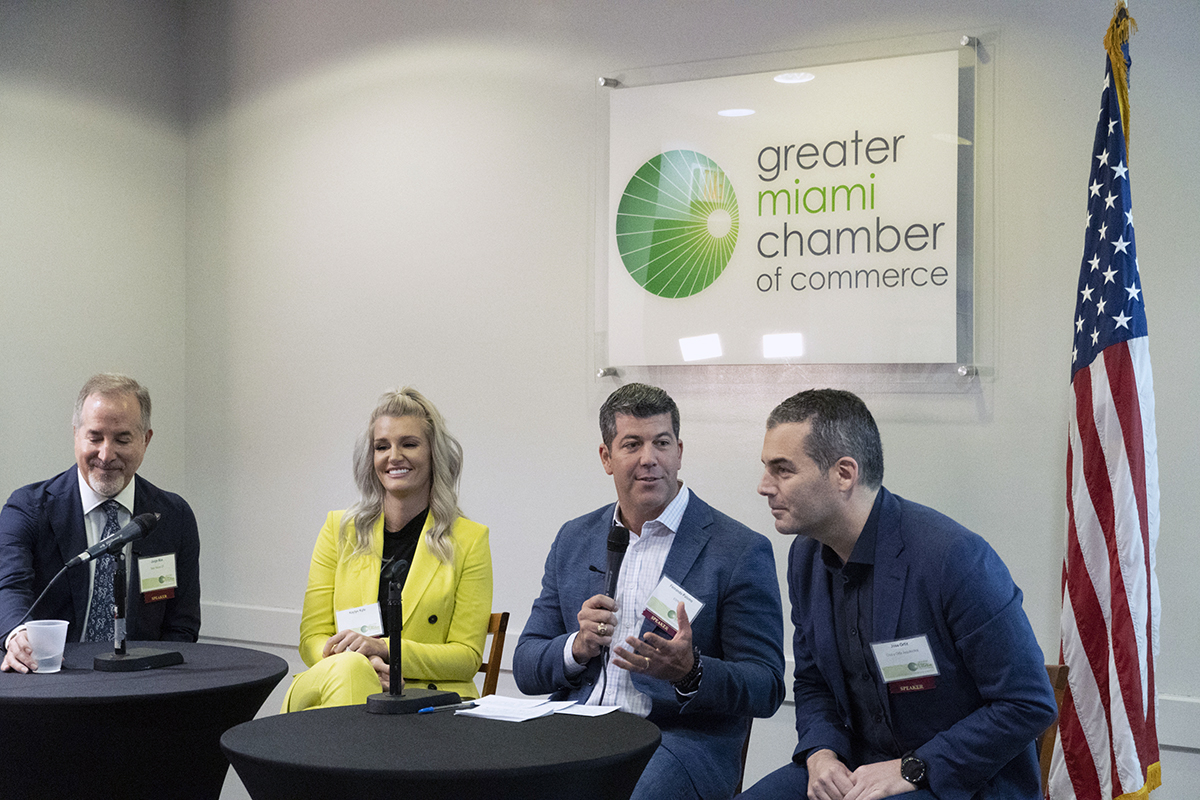 Architect Jose Ortiz knows what it takes to build a world class stadium. His firm Cruz y Ortiz Arquitectos designed the Metropolitano Stadium in Madrid, which was voted the best stadium in the world by the World Football Summit. “It’s a milestone in Europe and Spanish League. We learned a lot from American sports,” said Ortiz. The stadium was recognized for its design, operation and multipurpose use.

Kaylyn Kyle, who ended her career with the Orlando Pride, the perfect stadium is a packed stadium. “If the stadium is empty, it’s extremely difficult to play in it…When you step out onto the field and the stadium is packed, you play 110 percent better.”

Mas’ goal is to build a stadium that players and fans enjoy that captures the multicultural spirit of Miami: “I want people - when they think of soccer in the United States – [to] think of InterMiami.”