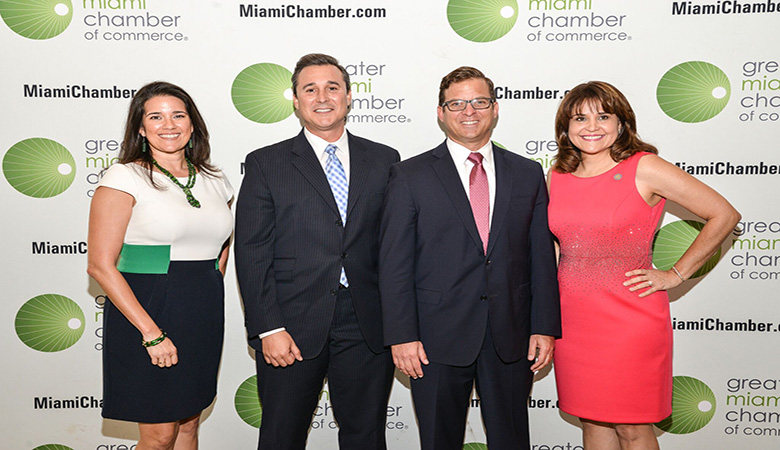 Newly appointed Miami Chief of Police Jorge Colina joined the Board of Trustees meeting where he shared his visions for ensuring Miami can be a safe environment to foster business growth. In the video below, the new chief details a new anti-terrorism task force that will be working with businesses to keep safe during an active shooter situation.

The April Trustee Luncheon, presented by Florida Power & Light and AT&T, kicked off with Florida Lieutenant Governor Carlos Lopez-Cantera, who described Miami “the city of the future.” With Florida boasting a 4% unemployment rate and 116m visitors in 2017, South Florida is primed for business growth, but the government will need to adapt to attract the private sector to Miami, said Lopez-Cantera.

Miami’s education funding is well below the state average and Senator Flores emphasized the importance of investment in education for business growth. For Flores, access to higher education is a priority: “We have too many young people in our community…who can’t [go to college] because of financial insecurities.” She noted Florida International University’s Golden Promise program, which guaranteed tuition for Florida residents who have an Expected Family Contribution of zero for 2017 incoming freshman, as a possible model for other state schools in Florida.

Join the conversation on the relationship between education and business and what it means for South Florida next Monday at the Education Means Business summit. Register here.