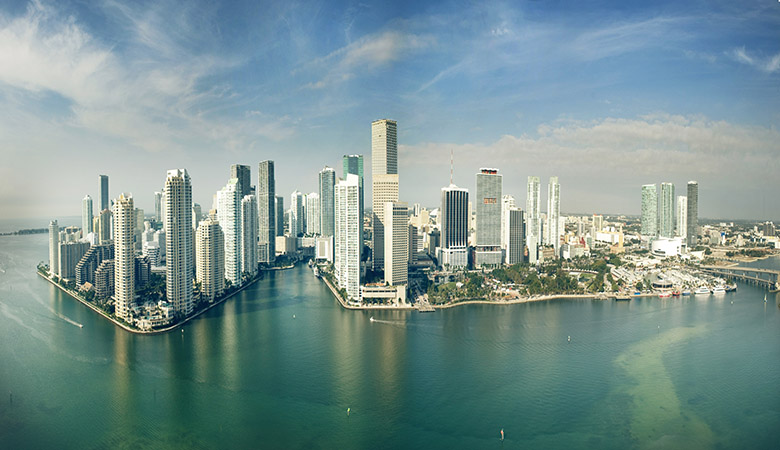 Miami-Dade County economic activity expanded at a strong pace throughout 2018, outpacing payroll employment growth of the National economy. A pro-growth business climate and positive external factors such as a pick-up in the National economy were key components.

The New Year, 2019, is bringing “headwinds” that are likely to slow the pace of growth in the Miami-Dade Economy (MDE). Among these “headwinds” are the following:

The Table on the next page, broken down by international regions, shows the forecast of slower growth expected this year among important trade and investment partners of the MDE.

The United Kingdom, the second largest economy in the European Union, is experiencing a sharp slowdown due to difficult BREXIT negotiations. This, in turn, impacts its ability to buy goods and services from the MDE, the flow of visitors and Foreign Direct Investment (FDI).  This adverse development also slows other key European economies like Germany, Italy and France.

China, the second largest global economy, Mexico and Costa Rica are also showing signs of slower growth. Argentina is likely to experience another year of economic recession. On the positive side, the large economy of Brazil, a key trade partner of the MDE, is forecast to enjoy stronger economic expansion under the new pro-growth policies of the Administration of President Jair Bolsonaro. Finally, the Dominican Republic and Peru are forecast to continue expanding at a strong pace.

In essence, the U.S. and international economic outlooks are less favorable to the MDE economy this year. While a U.S. recession is not expected by most economists in 2019, slower growth and moderately higher interest rates will likely slow the expansion of important sectors of the MDE such as residential and commercial real estate, exports of goods and services, visitors, retail sales and wholesale trade.