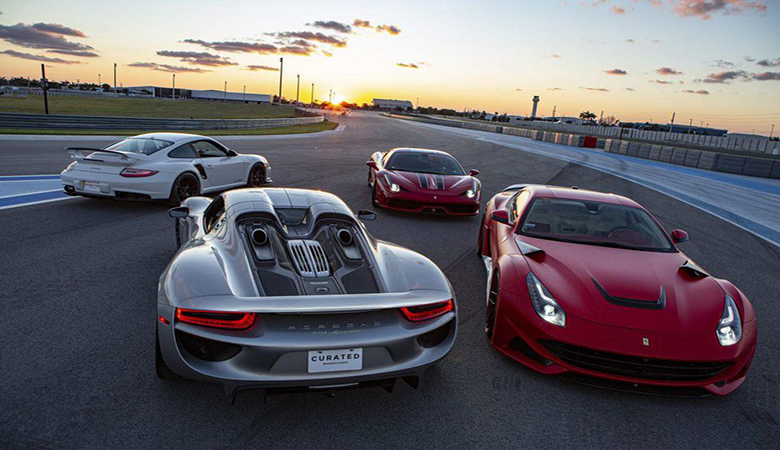 “When we decided to build The Concours Club, we brought our real estate developer’s skillset and our racing mindset,” says Neil Gehani, Chairman of Trilogy Real Estate Group and the force behind The Concours Club, a new state-of-the-art automotive country club built between runways of Miami-Opa Locka Airport in the heart of urban Miami.

“A number of people have tried to crack the code in Miami,” says Gehani, who is currently leading the points for the Ferrari Challenge race series and preparing for the Finali Mondiali this month at the Mugello circuit in Tuscany. “I was told it cannot be done—there’s no land, zoning is difficult.”

“We are seven miles north of Miami International, 15 minutes south of Ft. Lauderdale, 14 miles from Miami Beach,” says Gehani. “Miami-Opa Locka has three FBOs [fixed base operators]. Atlantic just bought a Orion Jet Center built for $98 million. Fontainebleau Aviation is there,” says Gehani. “We got it zoned for a high-end auto country club with a 60-year lease.”

"Miami has often been where the biggest ambitions come to die,” Gehani says. “We don’t want to be another of those deals that was advertised and never happened. We did not market until we were almost 70 percent done with first-phase construction [of the track].” In that first round, 40 founding memberships sold out, raising $14 million.

Among those founding members is 3-time Indy 500 winner and longtime Miami resident Hélio Castroneves. “When Neil came to me with the idea of a race track in between Miami and Ft. Lauderdale, I thought ‘This is going to be a great opportunity,’" says Castroneves. "I'm not ready to stop racing. I don’t have a workshop or someplace to go when I finally hang up my racing shoes. I can drive here,” says Castroneves with a laugh. When asked how he felt about serving as the digital measuring stick for lap times and method through every single corner, Castroneves chuckles again and says, “Well, you have friends who talk trash and I can say ‘Well, all right. Let’s prove it.’” Castroneves also provided input on track configuration.

With the 2-mile track completed and the clubhouse and related command-control buildings in final stages, a second round of marketing will offer 100 “Elite” memberships by year’s end.

“Everyone else looked at the outskirts,” says Gehani, who turned that thought process inside-out. “We can rely on local hotels, local food and beverage suppliers, professionals and service industry that live minutes away from the project. If you’re 90 miles away from a city, you just can’t find people who have those skillsets.” To understand the advantages, imagine Thermal Club located next to Burbank or Van Nuys Airport in Greater Los Angeles rather than more than two or three hours drive from Santa Monica.

Gehani, whose first sports car was a Porsche 911 purchased in his late twenties with profits from a real estate project, is lifting a page from Porsche’s own real estate development playbook: don’t force people to travel to a remote racetrack built in a cow pasture or bean field; instead, bring a racetrack to a densely populated area. Porsche’s two North American Experience Centers are in densely populated urban areas built on reclaimed post-industrial land, near major international airports and have significant highway traffic flow just minutes away.