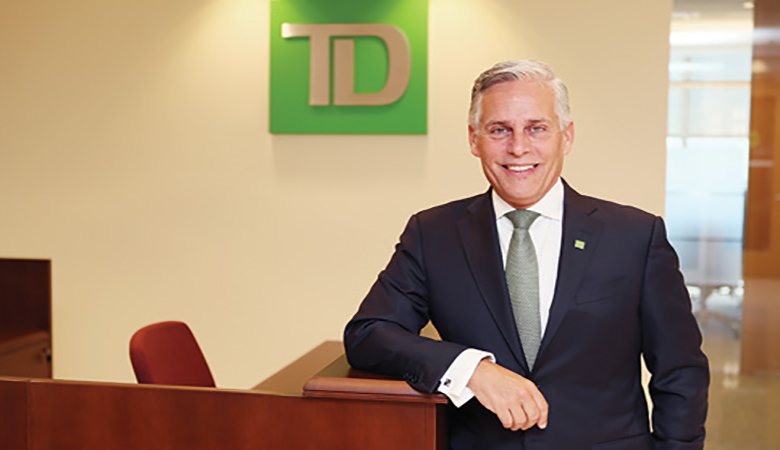 The Miami native knows banking inside and out, having worked in the industry for more than three decades.

His entrée into banking was something of a trial by fire. At 21, he joined Brickell Bank Savings, which at the time was buying back its Fannie Mae portfolio.

“I had no idea what a mortgage really was,” he said. “I just knew that’s how you buy your house.”

There was extensive training and on-the-job learning, sitting on the floor and reading notes about how mortgages work, the functionality of adjustable rate mortgages, how indexes come into play.

Over three years, he said, he grew to know inner workings of nearly every department the bank had.

Mr. Basulto later left a staff accounting job at Eastern National Bank to work for a customer whose business interests ranged from clothing manufacturing to products and services distribution.

“I’d gotten married. I was a young father, needed to make more money,” he said. “It was an interesting three years of my life, getting to see banking from the other side.”

But he missed banking and ultimately left to enroll in a management training program with NationsBank, which merged with Bank of America. Over roughly seven years, he served in a multitude of functions there, including branch manager, banking center manager, regional operations, regional sale manager and wealth management.

He earned every Series 7 license, worked through the company’s Six Sigma development program and even attended the Disney Institute.

“I learned about the core values of delivering service,” he said. “It goes beyond saying, ‘Welcome, hi, please and thank you.’”

Armed with a broad range of expertise, he again opted to work on the other side of the teller’s desk, this time at his brother’s consulting firm, where he designed service delivery models for hotels and strategic plans for companies.

Once those projects ended, he again returned to banking – first at Regions Bank for four years and, for the last decade, at TD Bank.

At the time he joined TD, he said, the bank had just eight office in Miami. Today, it has 31.

“It just was the right place to be,” he said. “I love the culture here. It’s incredible. It’s all about the customer, our colleagues and our focus on the community. It hits every one of my buttons. It’s been a great ride, and I love that I’ve been integral in creating and developing our locations here.”

His community involvements have included service on the boards of the South Florida Progress Foundation, Leadership Miami, South Florida Hispanic Chamber, City Year Miami, United Way of Miami-Dade and Autism Speaks, among others.

He also now serves as chairman of the Greater Miami Chamber of Commerce, whose membership represents more than 400,000 employees throughout the South Florida business community.

For some, wearing so many hats would be overwhelming. But Mr. Basulto says he’d prefer it no other way.

“I don’t want to do just one thing all day. I like doing 10 things at once,” he said. “And it’s exciting because I absolutely love South Florida. It’s probably one of the greatest places to live in the US. I’ve traveled a lot, so I can say that with knowledge.”