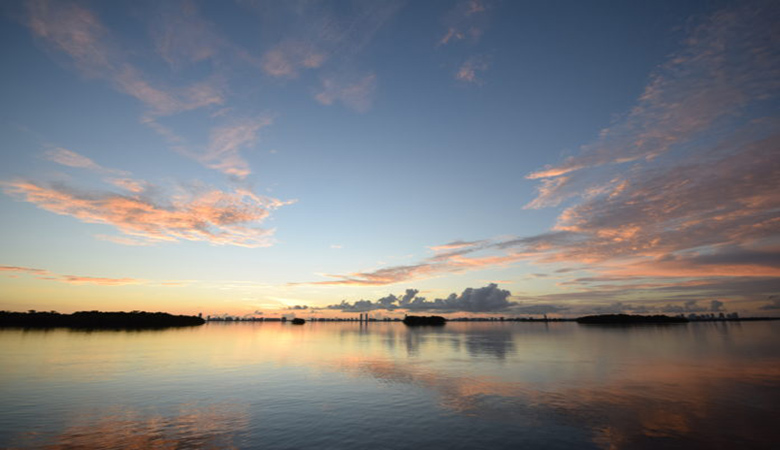 This second iteration of the initial summit held in 2017 promised to “build solutions through collaboration, education, and innovation,” while providing a greater and more aggressive vision. After all, Biscayne Bay and its adjoining waters, providing $6 billion in annual revenue to the local economy, are among Miami-Dade’s most outstanding natural resources.

This year’s summit also included as a special guest State Attorney Katherine Fernandez-Rundle who gave an update on the recently released “Grand Jury Report on the Health of Biscayne Bay.”

Focused on initiating discussions regarding the ongoing challenges Bay was experiencing, that initial effort was a resounding success, with close 300 attendees. One of the significant achievements of that first meeting was creation of a comprehensive report entitled, “The 2017 BBMH Summit Proceedings.”

With the 2019 summit, they came together again to implement this second summit to initiate efforts towards the creation of long-term, sustainable Biscayne Bay environmental health initiatives with financial and political support needed to restore and maintain the health of the bay.

At the “headwaters” of the problems facing Biscayne Bay is the tremendous population growth Miami-Dade has experienced during the last few decades – driven by the presence of a staggering amount of marine debris. Government agencies, community organizations, and thousands of community volunteers have for years organized cleanups of the bay’s shoreline to remove debris and litter from its delicate ecosystem. However, these efforts are not enough.

The wide-ranging outcomes of the 2019 “Action Summit” centered around:

The summit also aimed to include representatives from all Miami-Dade County municipalities surrounding Biscayne Bay, including inland communities along canals and Miami River, environmental NGOs, businesses and educational institutions, amongst many others.

Biscayne Bay Background
Biscayne Bay and its adjoining waters are among Miami-Dade’s most outstanding natural resources. Shallow, clear water, seagrass meadows and coastal wetlands provide habitat and nurseries for key fish species and wildlife, buffer the coast against storm erosion, support boating and water-related recreational activities, and provide over $6 billion annual revenue to the local economy. Most of Biscayne Bay is designated as a State Aquatic Preserve or is part of Biscayne National Park, and is intended to be preserved for future generations as a public, shared natural resource.

About the BBMHS
The Biscayne Bay Marine Health Summit (BBMHS) is a platform that convenes a diversity of stakeholders to present impacts on the health of Biscayne Bay and developing solutions to improve it.